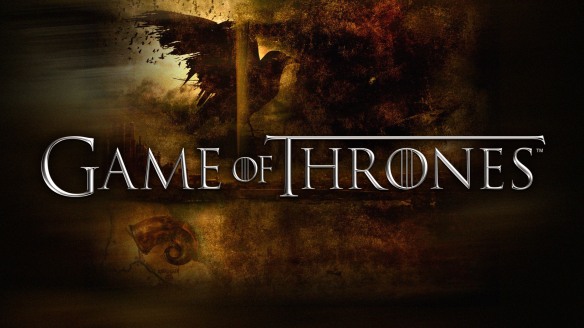 Welcome to the second installment of Dead Series Discussion, where Patches of Nothing but the Rain and I will discuss Season 3 of HBO’s Game of Thrones. Not only is Game of Thrones more popular than our first effort, ABC’s Last Resort, but we also like it more, meaning we probably won’t spend 2,000+ words discussing what we didn’t like about the show. Like our previous Dead Series Discussion, this is a multi-part series. Part 2, Part 3 and Part 4 are also available.

If the title didn’t make SEASON 3 SPOILERS obvious, then you need to start paying attention while you read. There are also spoilers for the first two seasons of Game of Thrones and the first 3 books of George R.R. Martin’s A Song of Ice and Fire series. There are, however, NO spoilers from books 4 and 5, beyond one mention of the general timeline for those books and what season 3 of the TV show covers.

With that, our Skype-based discussion and analysis of Season 3 as a whole begins…

Jeff: Can we postpone for like 15 minutes, my dog is whining to go outside

Patches: Haha. We can.

Jeff: Thanks for waiting, I’m back.

Patches: Are you ready to go now that the dog is walked, assuming that wasn’t a euphemism for something else?

Patches: I’m a teacher and it’s summer. Anything I need to do right now, I can do later tonight. Or tomorrow. Or next week… You get the idea.

Jeff: Alright, let’s start off with a general discussion of our feelings for season 3 as a whole. Do you have any general thoughts about these 10 episodes as a season of television?

Patches: Yes. Yes, I do. There’s a lot that can be said about Season 3 of HBO’s critically acclaimed Game of Thrones, an adaptation of George R.R. Martin’s remarkable “A Song of Fire and Ice” novels. Most of the season was very good, but I think I’ll remember this season most for winning my implicit trust.  I can only think of three other shows where things slowing down didn’t bother me in the slightest. The show made those small moments work and they always contributed to or built towards something much bigger.

Also, do you think that first sentence will get me a phone call from HBO?

Jeff: Haha, I doubt it. Maybe you should tell them something they don’t know.

Jeff: I can’t say that I’ve really thought too often about trusting a TV show, or its writers. That said, I think I agree with you about Game of Thrones. Obviously, it’s one thing to have strong source material like Martin’s books. However, I think the writers and creators have proven, even more so than in seasons past, that they know what they’re doing with the material both old and new.

Patches: You mentioned a couple times in our emails that you thought that whenever the show deviated from its source materials, they always did so in a way that improved the story, or at least its adaption. Is this linked to that idea?

Jeff: Definitely. I don’t want to get too deep into specific scenes or descriptions, but the general feeling is that the show really started to take off (in season 1) once the writers deviated from the source material’s POV character structure. I agree, and in season 3 we have more deviation than ever. We also get characters merging, scenes being relocated and seeds being planted for entirely new storylines we’ll see in the future. The quality of these standout scenes/moments proves that the creative team behind the Game of Thrones TV series can craft great stories without being entirely beholden to the source material. Beyond that, the quality of the adaptation has continued. We saw in season 2’s penultimate episode, “Blackwater”, that the showrunners could take moments from the book and adapt them for the small screen without making them slavish recreations of the novel, but also without losing the impact of such moments. Also, they’ve got to come in under budget, right?

Patches: Ha. It’s easy to become a slave to Martin’s books, which are on the whole, quite good. But it’s also impossible to turn 700-1,000 pages into ten hours of television, so obviously some things had to be cut or changed. The important thing to me is that they aren’t making fundamental alterations to who the characters. If the 90th scene of Arya fleeing something needs to be cut, then do it. Just don’t cut her rapscallion-icity. Don’t make her more docile, which is saying don’t make her Sansa. This story does not need more Sansa! Overall, I was pleased with all the changes.

Have I ever mentioned that “penultimate” is probably my favorite word on the planet?

Jeff: Yeah, and Game of Thrones seems to like penultimates too, though we’ll discuss that more later. Clearly we’re both impressed with season 3 on its own. In hindsight, I think the season was particularly well-paced (which you already mentioned), although certain episodes dragged here and there. Do you have anything more to say about season 3 or the adaptation? Perhaps you have some further ideas about how it compares to seasons 1 and 2.

Patches: You know, it’s funny you ask about the comparison to earlier seasons, because I was just going to mention a couple things. Overall, things seemed to move a little quicker this season. Maybe it’s because I don’t remember earlier seasons or this season’s early episodes as well as someone writing a season recap should. Or it’s because pieces are starting to come off the Game of Thrones board (Get the Home Edition today!) and because everyone involved — writers, directors, actors — got the most out of every scene. No scene felt empty or like it was just taking up space.

It did slow in a couple places, though, as you mentioned. Do you think that came from the decision to split A Storm of Swords into two seasons or something else?

Jeff: That’s a good question and an interesting thing to consider. The decision to spread book three over 20 episodes is a way for the show to get around the problem of adapting such dense source material. That said, I don’t think it feels any “lighter/slower” than seasons 1 and 2, however, as I mentioned, the pacing is better. I think the decision to split might have removed some of the pressure. I honestly hope that things are even more fluid (as far as the adaptation goes) in future seasons. They probably have to be considering the concurrent nature of books 4 and 5.

Patches: So, read A Dance with Dragons soon is what you’re telling me?

I also thought it was a great decision to split the third book. There’s just too much stuff happening and too many HUGE things happening. The audience needs an episode or two to cool off and/or build up to the next big moment. Without going into spoilers for Season 4, there is no way they could have done that with 10 hours. A Storm of Swords probably requires 15-18 hours to do well. Better to stretch than cram, right, Last Resort?

Jeff: Ah yes, damn the torpedoes, full speed ahead, and such. Yes. A Storm of Swords is the biggest (and best) of the book series. Splitting it was the right decision. I never felt like they erred in keeping books 1 and 2 to just one season each (with a little bleeding of source material between seasons), but season 3 feels so confident and (arguably) so much more consistent that it’s hard to imagine them making any other decision.

Given our general love–or at least “strong like”–for season 3, is there anything you found problematic with the season? Was there something that didn’t make it into the season, or something that you thought wasn’t handled particularly well? I know it’s a stretch for us to be too critical of a show we both really enjoy but maybe there is something…

Patches: Haha. Not really… It’s difficult to be a critic without getting snarky or picky. There were a couple of scenes that didn’t work for me, most notably the punk song after Jaime’s hand went the full Chase Edmunds. We can talk about some of those little things later, but honestly, I don’t feel like I have anything substantially negative to say about Season 3 as a whole.

Was there anything negative that jumped out to you or, speaking of Jaime’s hand, is it time to talk about some of the big moments of the season?

Jeff: I don’t know how well I can elaborate, but I’ll try to throw a negative out there. One criticism of the show is that it has too many characters and is difficult to follow. I’m all for a show trusting its audience (as much as its audience trusts it), but I felt that difficulty a little bit this season. Apart from missing out on things I might have caught had I been paying closer attention, or watching each episode multiple times, I think a “problem” the show sometimes has is trying to service all of its characters. Usually, everything is done fairly well with people disappearing and reappearing when they need to (similar to The Wire, which did this flawlessly). However, there were a couple of times when scenes with certain characters or in certain settings seemed shoehorned in, to the detriment of the episode as a whole. It’s not a big complaint, and honestly I’d like to take time to praise the series’ ensemble work later, but if I had to pick one thing, I suppose that’s it.

Patches: Absolutely. Wikipedia lists 29 “Main Cast” members. Not only is that INSANE, but none of them have been the “face” of the show since Sean lost his bean (See what I did there?). The issue of breadth vs. depth is the main challenge of a show like Game of Thrones. I’m happy to say that they’ve done a remarkable job with, like you say, some exceptions here and there.